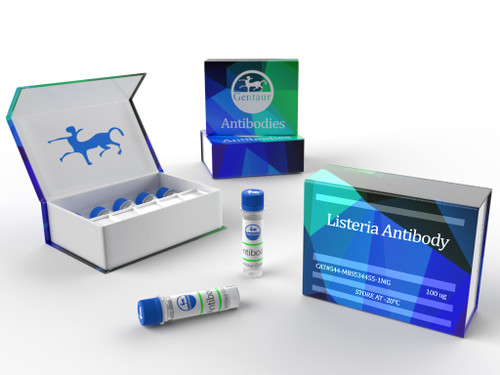 Listeria monocytogenes is one of the leading foodborne pathogens and has been implicated in numerous outbreaks in the last 2 decades. Immunocompromised populations are usually the most susceptible to Listeria infections. Although the pathogenic mechanism is a complex process, significant progress has been made in unravelling the mechanism in recent years.

It is now clear that numerous extracellular and cell-associated proteins, such as internalin, listeriolysin, actin polymerization protein, phospholipase, metalloprotease, and possibly p60 proteins, are essential for L. monocytogenes entry into mammalian cells, survival inside the phagosome, escape into the cytoplasm, and cell-to-cell spread.

Other proteins may be responsible for growth and physiology or to maintain the structural integrity of the bacteria. Monoclonal and polyclonal antibodies have been developed against many of those antigens or their synthetic derivatives that have helped greatly to determine the structure and function of these antigens.

The antibodies were also used for the diagnosis and detection, immunocytochemical staining, and serotyping of Listeria. Humoral immune response to live L. monocytogenes cells was examined in naturally or experimentally infected hosts. Studies revealed that only extracellular antigens induced the humoral response, whereas cell-associated antigens had apparently no response.

It is speculated that during the occasional bacteremic phase, L. monocytogenes releases extracellular antigens that are then processed by the immune system for antibody production. As L. monocytogenes is an intracellular pathogen, the cell-associated antigens are not persistent in the blood circulation and thus fail to stimulate the humoral immune response.