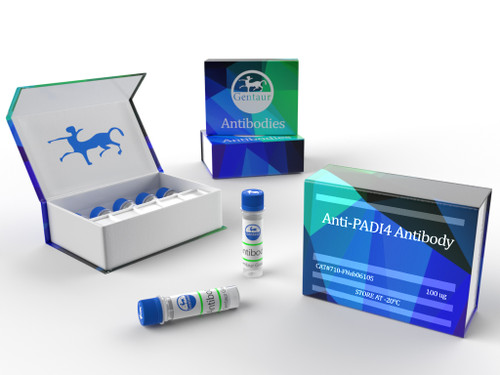 PADI4 (peptidyl arginine deiminase, type IV) is a member of the citrullinating enzymes involved in the conversion of protein-bound arginine to citrulline.

PADI4 (peptidyl arginine deiminase, type IV) is mainly involved in the Arg methylation and citrullination in histones. It binds at the histones H3 and H4 positions to convert methylated-Arg to citrulline by releasing methylamine in presence of Ca2+. It also acts as the transcriptional regulator of estrogen-responsive genes.